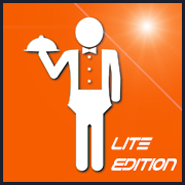 Your personal garrison butler !
GaB has a unique ambition, If something can be done for you in your home, to take care of it.


Behavior:
The bot will check for any of the options you activated. Once everything is done it will either give control to the secondary bot or if run alone it will wait for something to do next to the entrance of your Town Hall.
It will scan new activities roughly every minutes, and do a last round check around your garrison to ensure everything has been properly picked up.
You can configure the time minimum between two run to the garrison while in mixed mode.* A big thanks to all of you for your support or your donations through GarrisonButler early stages.
Contact us for a free access to GarrisonButler Lite Edition.

How do I get support for this bot?
If you encounter an issue while running GarrisonButler, please post in this thread a full log and a clear and intelligible explanation of you problem.
See this post from Kick to learn how to attach your log: [Guide] How to attach your log [Kick]
Be aware that a non well written support request might be completely ignored since often useless!

How to install GarrisonButler?
Nothing to do, once you activated it in the store everything will be streamed directly to your HB client.

How to use GarrisonButler?
As any other botbase, you will need to select GarrisonButler as a botbase.
You can then access the settings by clicking on "Bot Config".
Once you have set up your configuration, just press start.


How to use GarrisonButler as a secondary bot?
As any other botbase, you will need to select Mixed Mode as a botbase.
You can then access the settings by clicking on "Bot Config".
There you will be able to select as primary bot AutoAngler, Gatherbuddy... and as secondary bot GarrisonButler.
You can then config any of the bots. Be aware that you should turn on the option to use the hearthstone.
Once you have set up your configuration, just press start.


This work uses these third-party components from other authors:
More information is available in the Legal.txt file that ships with the product, and will be provided free, on request.

New Features
New option to disable last round check.
New option to send disenchantable greens to another character.
Added ButlerLua, our new agent. Its unique role is to ensure a protection against excessive lua calls which can leads to DCs or crashes.
Bug Fixes
See forum here: https://www.thebuddyforum.com/thebuddystore/honorbuddy-store/honorbuddy-store-botbases/190750-garrisonbutler.html
Or Trello board: https://trello.com/b/J22aTRpk/garrisonbutler-ice-edition

Added fix for settings upgrade issue experienced by some users

Major Changes
- Introducing Mail feature with custom rules for every items, you can now mail everything to your bankers or alts. (ICE only)
- Will now properly sell grey items if there is a vendor available in Garrison.
- Will now check for full bags and try to stack items first. Everything happens after the trip to vendor if needed.
- Will now stop at a random location near the table, the mailbox... depending on the last activities and a random location at this spots.
- New option to force selling junk after a run
- Many improvements in term of performances