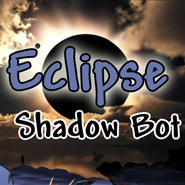 Temporarily Frozen because it is erroring on new version of HB.

Features:
Bot follows at a configurable distance.
Bot will join combat or not (configurable)"
Bot will loot (configurable).
Bot will pick up quests that are within its follow range. (Configurable)
Bot will Ignore attackers. (Configurable)
Bot will use your configured CC to fight/heal.
Bot has a LEADER mode so that if you are hand playing one character you can set it as a leader to communicate with the other bots.
Followers will mount automatically if they CAN mount and leader is mounted.
Leader can communicate position and Rally all followers to it's location.
Leader can force disconnect clients.
This botbase WILL pickup and turn-in quests.

CUSTOM COMMS!
You can configure and send custom comms from your leader to your follower or vice versa.
I.E. if you want your follower(s) to cast a spell you can select it from a drop down and say "send to clients".

--- Ver 1.5 ---
If bot looses leader fixed the drop in frame work by throttling the get leader call
Will now prioritize following over combat/healing.
Added configurable Sell at bag slots.
Will not sell if you set sell at bag slots to 0
Increase Mount Summoning WaitTime.
If follower cant contact leader it will stop trying until you start following again.
Removed most if not all instances that logged the name of the character when logging client/server packets.

-- Ver 1.4 ---
If leader is lost during regular gameplay the Client will message the leader to get his location and then do a force nav to the leaders location.
The follower will now actively scan for the leader nearby before attempting to message teh leader directly.
Fixed vendoring items by Removing problematic Vendor CoRoutine - it will now sell but not everything.
Will now use your configured flying or ground mount.
Will now use a ground mount or flying mount depending on what the leader is doing (i.e. flying).
If no mount is configured in HB will now fall through to your first flying/ground mount.
on Healbot mode will now force dismount before trying to heal.
Added a dismount call in the Server Commands section.
IF mounted while combat is started sometimes it will not dismount - on combat mounting is now forced (if leader isnt mounted)